July into August changes for Sunday is the Deadline 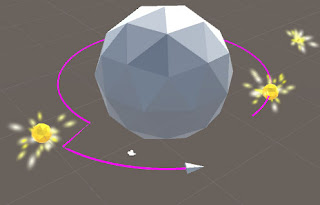 It's a shmup called "Revolver" where the ship, the enemies, and the bullets all orbit a central planet. I might have completed it, but things have become quite busy for me lately, what with accepting a new job in a new town, preparing to move, and still keeping up with the surprising amount of events occurring in the next month.

My priorities are on making my transition into my new job as smooth as possible, and giving myself some free time to breathe a little too. And that means downshifting on this blog, at least for the next few weeks or so. I'll continue to post something every Sunday, but I may only be posting with brief updates on what I did with Revolver that week.

Hopefully that's okay with any regular readers - I'm really proud of the dozen or two of you who keep coming to this blog, and I want to keep giving you worthwhile updates each week! Please bear with me in the meantime.


P.S. It's called a shmup because primarily the ship shoots up. It's short for "shoot 'em up." In the case of Revolver I think the more appropriate term might be... shmround?
Posted by Unknown at 9:47 PM No comments:

Rogue Wave is a very weird game indeed. I didn't know what the heck I was making for about 90% of the time I spent on this game. I started with a concept that I knew could work, but I had no idea if it would. Very much an experiment for me. 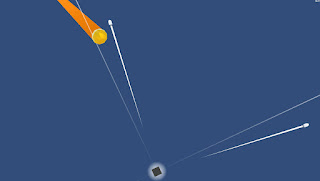 The game came to me pretty much out of the blue: What if you had turrets, in a sort of tower defense type game, and those turrets had to hit each other to set off a chain reaction? It'd be really powerful to set off a million turrets at once, but you'd have to make sure that they were pointed at the enemy in addition to each other. 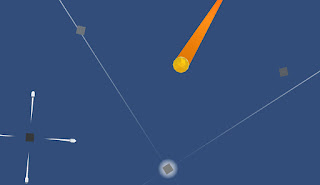 Rogue Wave didn't look like it'd be any fun all the way up until I finished it. I'm still not sure if I'd call it really fun, but it's at least interesting (going back to that idea that a designer can make the mistake of accidentally creating an interesting game as opposed to a fun game). I do think that a much bigger game could get created out of Rogue Wave... I think there's a lot of design space to investigate here. The main parameters you have to tweak are large enough, I think:


My original idea for the game allowed the player to go to each turret and use energy to totally customize the size and #of sides for each turret. If you had a double-large turret, it shot out two bullets per side, and if you had a triple-large octagonal turret, you'd have a huge turret that shot out three bullets for each of its eight sides! I knew before I sat down to begin development that this was out of scope.

The menu music is from SonarTuning and is used under this license. (I've been finding more and more music under the public domain. The in-game music is a track called Observing the Star. It's really kind of lovely and I wish I could remember who made it!)

Posted by Unknown at 7:56 PM No comments:

Pallet Rain is definitely one of the more abstract games that I've made so far. I wanted to use the missiles from missile tow for something else, since I liked the way that they moved. At the same time, I had found some excellent public domain sound effects that I knew I could combine for some interesting, calming background music. I also knew that I would be busy this weekend, and needed something simple to complete during the week. 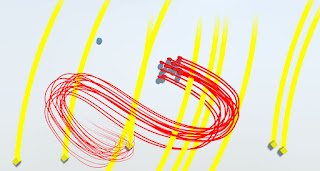 The result is interesting, but not particularly fun. I did want Pallet Rain to feel relaxing, and I think Drawing Mode definitely accomplishes that, but survival mode does not. It'd have been way more relaxing to have the object of survival mode to be to "catch" the yellow and blue objects, rather than avoid them (which just makes things feel anxious). I guess it'd have to be renamed something other than "survival" mode then. 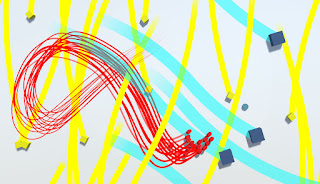 This was a very simple game to make, but I still managed to make it quite complicated for myself in certain spots. Still, I managed t learn some things, and Pallet Rain does succeed in being visually appealing - in a minimalist sort of way. Play Pallet Rain here. 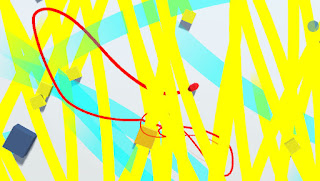 Since this is a game design blog, I want to close by saying that today Nintendo President Satoru Iwata passed away, and though I only really knew him through the Nintendo Directs, the past Nintendo E3 shows, and the "Iwata Asks" articles, it's really tough to see him go.

Posted by Unknown at 9:57 PM No comments:

Hi, sorry for writing this so late - I'm not releasing a game this weekend since I'm celebrating July Fourth! See you next week!
Posted by Unknown at 11:29 PM No comments: