I did a lot of things I haven't done before (in this blog) for Shunt. I think beginnings and endings are the hardest part of any medium, and I was tired of the same-old infinite game that I've been doing (which is like telling a story with no beginning and no end). To that end, Shunt has both a real tutorial and a finite amount of game to play. 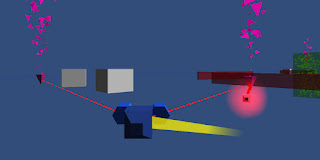 This game pretty clearly is a continuation of last week's experiment, but with a lot of improvements. I changed the movement system completely, gave the ship "arms," and put a little point light at the nose of the vessel so the player can get a better feel for how close they are to objects. 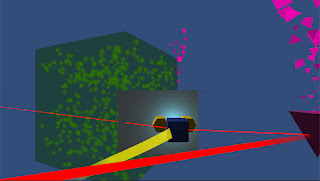 The goal of the game wasn't changing, I already knew I wanted it to be about shooting cubes across space into goal zones. And I already had that, so the only thing left to make was enemies. Shunt has interesting enemies, since they don't kill anything. There's no fail state for Shunt, and because of that I didn't bother putting in a pause screen or a restart button (I probably should have for convenience, but hey). Still, the enemies feel important because their attacks can really mess you up if you let them. Which is part of why it feels so good to blow them up.

If you want to let me know what you think of Shunt, or other games on this blog, you can tweet @JacobDMooney, or leave a comment below! In the meantime, Play Shunt!


Menu music is by p0ss and is used under this license.

Game music is by CynicMusic and is used under this license.

P.S. The web player for this week says "Week 11," even though it's definitely week 12. Ignore that.
Posted by Unknown at 3:17 PM No comments:

An experiment in space golf

So, today's game is less a game and more of an experiment. I tried out a movement system for flying where you control two thrusters on either side of your ship. While I liked what ended up happening, I struggled to really find the time during the week to come up with a real game to build around it.

Over the weekend I sort of settled on this odd golf/soccer objective of shooting these big floaty game objects into a goal. You CAN still play it (here) if you'd like to see how that works out. I tried to put at least a few bells on it before deciding to end for the week.

Who knows though, I might decide to make this into a full game for next week.

Background music is by CynicMusic, licensed under this license
Posted by Unknown at 8:10 PM No comments:

(Want to skip to the game? Click right here.)

Overrun started off well enough, I had an idea for a cool movement system, and I wrote the code for that movement in a really short amount of time at a really early point in the week. As I kept with it though, there were a lot of issues that I would have had time to fix if I'd managed my time a bit better. (I'm still getting used to having a real 9-to-5 again.)

Still, though, Overrun ended up okay: 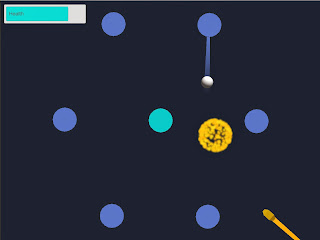 The biggest issue is with enemies. If they spawn in just the right place, they'll twist out of alignment with the level as they turn to face the core circle, making them impossible to hit. Other than that, there's just not enough fun to Overrun. Some of my ideas to improve that include making stationary, remote circles which heal the core when you move to them, or implementing a points system that rewards you for killing enemies farther away from your core. 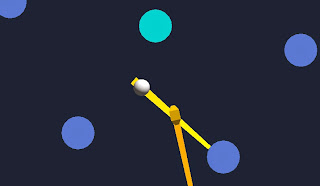 When I posted Bolt, I mentioned that one sign that a game is good is that the screenshots look very exciting. In any still shot of Overrun you take, it's practically impossible to tell just what exactly is happening. In part that's just the nature of how you move, but it's also because I think the action in Overrun can be sold better, visually. At the very least, though, it makes for some interesting modern art when you zoom in really close: 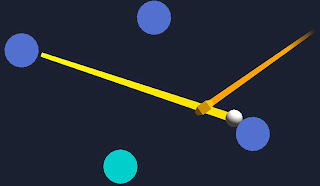 Anyway, it's still an interesting movement system, and if I could figure out the problems with the enemy AI it would help me out in a lot of future games.

Menu music by: SonarTuning
Game music by: CynicMusic
all under this license

Play Overrun here!
Posted by Unknown at 3:29 PM No comments:

(Want to skip to the game? Be my guest!)

I started making container on Friday, and work basically proceeded as I expected it would through to Sunday. I'm actually sort of proud of how it almost felt easy to put on a reasonable amount of polish in only a short amount of time (though there are still one or two things I ought to have fixed). 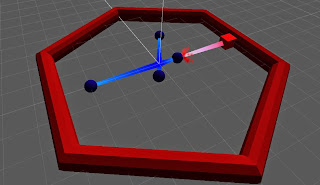 You can sort of see how Container is a kind of mash-up between Red Zone and Bolt. It's got hexagonal movement, plus the "push" lasers from Red Zone. 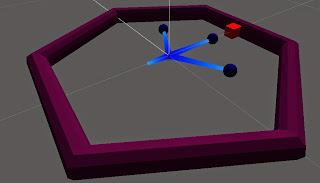 Having the enemy spawner jump into "hard mode" after you kill 8 enemies was an idea I had after I realized that I hadn't built my difficulty scaling system to be able to twist all the knobs I wanted it to (it adjusts spawn interval, but I didn't allow it the ability to set the thrust or acceleration of enemies). 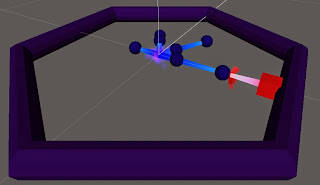 All in all, I liked how "hard mode" came out - you sort of get the feeling that you've made the game mad. It also feels a little better when you lose. "Oh, I got 10 kills, okay," is a lot less exciting than "Well, I was fine up through 8 kills, but then hard mode made things get really crazy." It can be hard to make the player feel like they achieved anything with all of these "endless" games I make, so hard mode helps with that, at least a little. You get to go out with more of a bang!

And you can view the game here!
Posted by Unknown at 5:48 PM No comments:

(Want to skip to the game? Be my guest!)

Red Zone was made in a very short amount of time! I want to say that if you totaled everything up it was only done in about 4 hours of actual work. Why such a short amount of time? Well, there was a lot to do this week! Industry events, get-togethers, a trio of birthdays, not to mention starting a new job! Still, I'm reasonably happy with the result. Here's Red Zone: 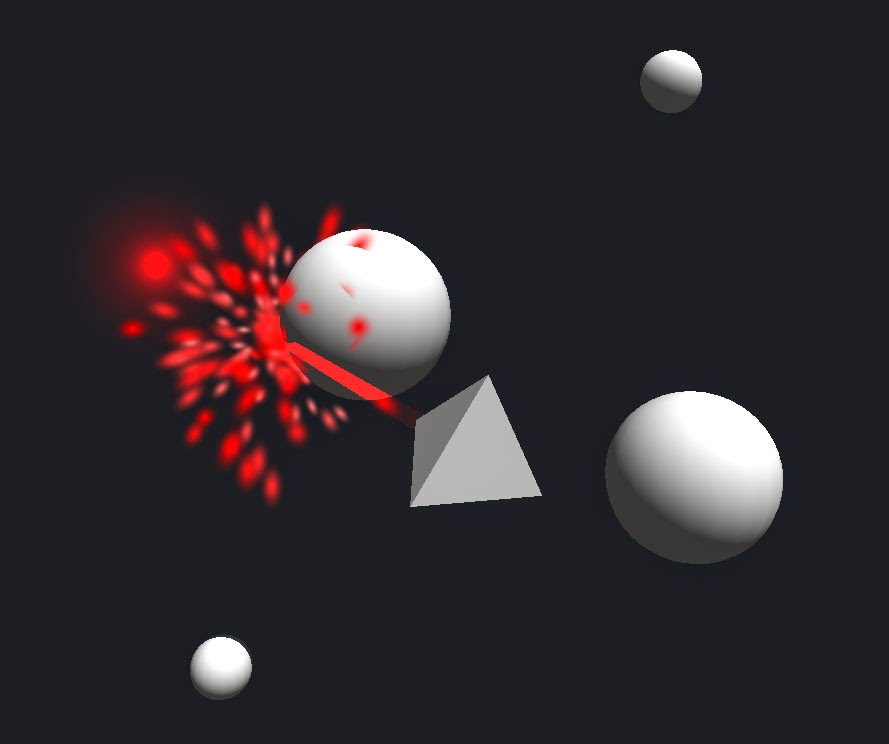 It's a very very short, very very simple game. I had an idea where a center turret fired out a laser at enemies, which sounded like an elegant enough place to start. Then, speaking with a friend of mine (the same one who runs this awesome blog!) I got the idea that you could actually "herd" enemies with your mouse. 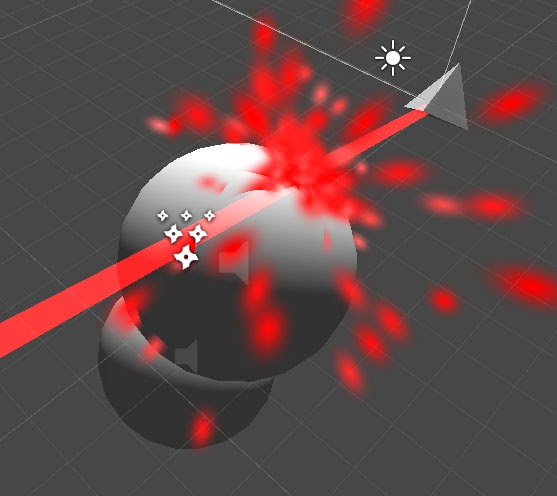 Sometimes I think about whether these game ideas could be prototypes for larger projects. I think Bolt, Shoot the Moons, Convert the Sun, and even Diamondback could occupy a small team for more than a year. This one? I don't know... It's sort of like a shmup, only you can't move. Maybe if you played around with different beam types....

Play the game here!
Posted by Unknown at 2:33 PM No comments: